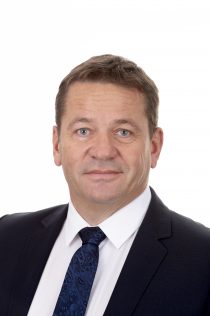 Mr. Maier previously served as Senior Vice President for Seadrill based in Houston and as Senior Vice President for Seadrill Africa Middle East based in Dubai. Mr. Maier has an extensive career managing oil and gas operations in Europe, Middle East, Africa and the Americas, and has also held various corporate positions in Norway. Mr Maier is currently Chief Executive Officer for Borr Drilling.

Mr. Maier holds a degree in Marine Engineering from the Maritime Institute in Tønsberg.

Mr Maier has been a Director of Prosafe since 2016 and is due for re-election at the AGM in 2020.