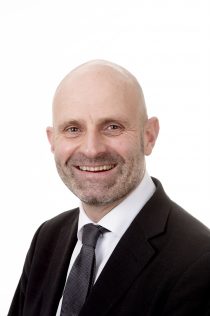 Mr Christiansen (born 1968) has been Deputy Chief Executive Officer and Chief Financial Officer since March 2017. He joined Prosafe as CFO in August 2015 and was Acting CEO from April 2016 until March 2017.

Mr Christiansen has more than 20 years of experience from management and finance positions in the oil and gas industry. He has been Chief Executive Officer of the international oil service provider Add Energy Group AS and Senior Vice President – Group Finance in Statoil. Mr. Christiansen was employed by Prosafe in the period from 1997 to 2005, the last five years of which as Chief Financial Officer for the Group.