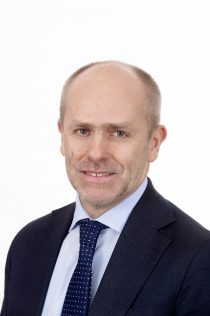 Glen Ole Rødland has 13 years’ experience as an analyst and corporate finance from a leading Scandinavian Investment Bank.  He has been an investor and has been managing investments/portfolio for an Investment fund, Private Office and Private Equity for 16 years.  The main focus of Mr Rødland has historically been on energy, shipping, oil service, aquaculture and other commodity industries.

Mr Rødland also has considerable experience as a board member and Chairman of several Norwegian public companies and international companies. He is currently Chairman of Prosafe SE and of AqualisBraemar LOC ASA.

Mr Rødland’s qualifications include an MBA and Postgraduate Studies in Finance completed at the Norwegian School of Economics and Business Administration (NHH) and UCLA.

We use cookies when you visit our site. These help us to give you the best experience on our website, analyse traffic and enable social media features. You can manage the cookies set on your device by clicking “Settings”. By clicking “Accept all”, you agree to the use of cookies unless you have disabled them. You can find out more information about cookies and about how we process personal data in our Cookies & Privacy page.